Resources - The UP Institute
1433
page-template-default,page,page-id-1433,bridge-core-1.0.4,ajax_fade,page_not_loaded,,qode-title-hidden,qode_grid_1300,qode-child-theme-ver-1.0.0,qode-theme-ver-18.0.8,qode-theme-bridge,disabled_footer_bottom,qode_header_in_grid,wpb-js-composer js-comp-ver-5.7,vc_responsive 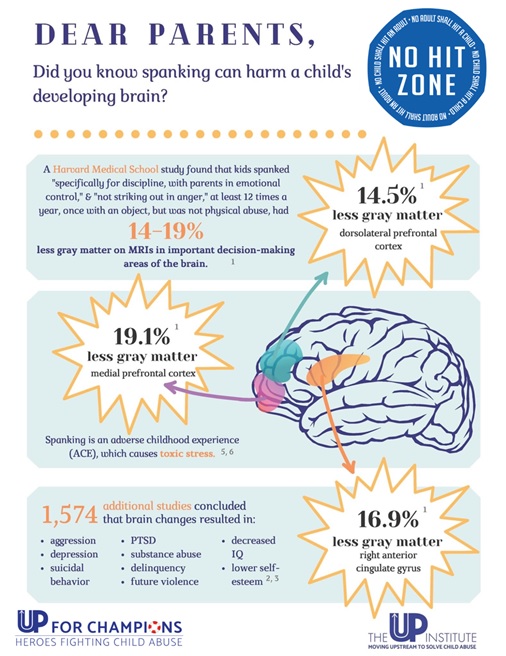 October 4th is a day recognized for raising awareness of possible abusive injuries using the TEN-4 rule. TEN-4-FACESp is an acronym developed and validated by Dr. Mary Clyde Pierce and colleagues. Dr. Pierce found that “TEN-4-FACESp” is a useful acronym to help screen children under 4 years of age with bruising to identify when a bruise is more likely to be caused by abuse than accidental injury. TEN-4-FACESp stands for bruising to the Torso, Ears, Neck, Frenulum, Angle of the jaw, Cheeks, Eyelids or Subconjunctivae, “4” represents infants 4 months and younger with any bruise, anywhere, and “p” represents the presence of patterned bruising (TEN-4-FACESp). 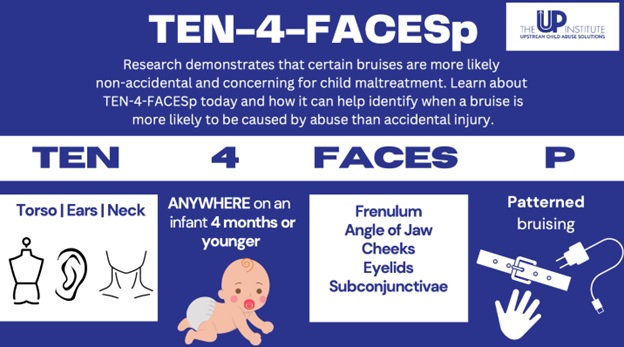